PAUL ANTHONY WALLIS is a researcher, speaker, and author whose books, interviews, and documentaries are read and watched by millions of people worldwide.

A senior churchman who served as a church doctor, theological educator, and an Archdeacon in the Anglican church in Australia, Paul researches the world’s mythologies for how they speak to our origins as a species and our potential today as human beings.

In the ’80s and ’90’s Paul’s work centered on establishing foundations for new faith communities. Over the last 20 years, he has designed and delivered training for church ministers in the UK and Australia. In Australia, Paul has lectured on the history of religious thought and hermeneutics (principles of interpreting texts – including the Bible) and has served the Anglican Church as an Archdeacon in the Australian Capital Territory.

Paul is the author of numerous titles on Christian mysticism and spirituality. His latest trilogy, which comprises the titles Escaping from Eden, The Scars of Eden, and Echoes of Eden, is an international bestsellers that is expanding the dialogue to include the more pressing questions: 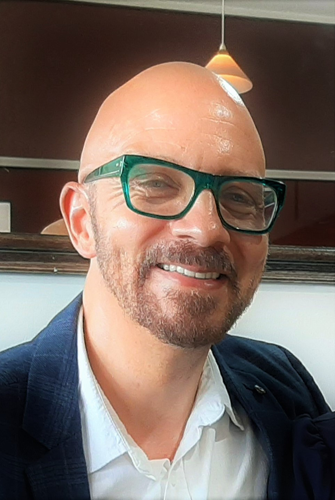 Who created you?
Who, or what, is God? And
What are the world’s governments, churches militaries been keeping from us about our origins as a species and our true potential?

Paul’s bestselling Eden trilogy comprises Escaping from Eden, The Scars of Eden, and the recently released, Echoes of Eden. 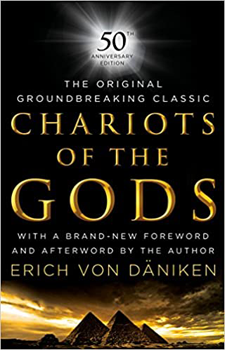 Chariots of the Gods
by Erich Von Daniken

This is the book which really sparked my lifelong learning quest. My parents had read it, had spoken about it at the dinner table and had left a copy lying around the house. I read it at the age of 11 and it was a life-changer. I felt Erich had put his finger on our ability to explain ourselves as Earth’s alpha species. His suggestion that our story as a species makes better sense when we allow for the possibility of external interventions in our development. By expanding the question of human origins he got me focussed on bigger questions of cosmic origins. This led to my becoming a Christian and entering the world of ministry for 33 years. Ultimately the questions Erich asked led me, decades later, back into the realm of paleocontact. 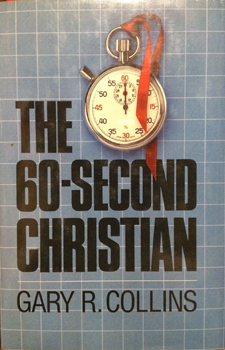 This book was given to me by my oldest friend Phil when I was 20. I loved the fact that a Professor of Psychology could write a profound book in such simple and clear language, with such a natural flow of logic. Archbishop Michael Ramsey once said the goal of the academic is not to make simple things complex but to make complex things simple – and that if you can’t explain something to a child, then maybe you haven’t actually understood the thing yourself. Gary R Collins absolutely nailed it with this book, a play on the One Minute Manager, the classic by Ken Blanchard and Spencer Johnson. Gary shows the reader simple things a person can do and say to make real their followership of Jesus. That simplicity and clarity of communication is something I always remember and always aspire to. 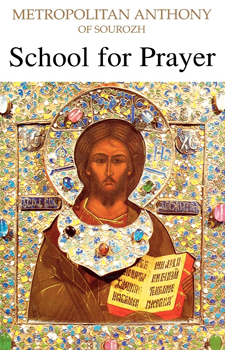 School For Prayer
by Metropolitan Anthony

Anthony Bloom’s writing is beautifully, simple, clear, unpretentious and profound. A foreign accent can be a great advantage for a public speaker, which Anthony Bloom was, as the Archbishop for the Russian Orthodox Church in Exile in the UK. It makes the hearer lean in and look for depth in the simplest of sentences. This dynamic is present in his writing as well. As a young evangelical believer I liked that he quoted a lot of Biblical texts. I noticed that there was a reality to his teaching. He seemed to know experientially whatever he described. There was something intriguingly different about the way he quoted the Bible, and I noticed an array of other mysterious, saintly figures to whom he would appeal – John Climacus, Dmitri of Rostov, Theophan the Recluse. He tantalised me with these names and the wisdom they represented. He invited me on a tour of the Eastern Church. And a whole nex education opened up to me. Years later he phoned me up from out of the blue to praise me for my first book. Somehow I knew we were on the same team! 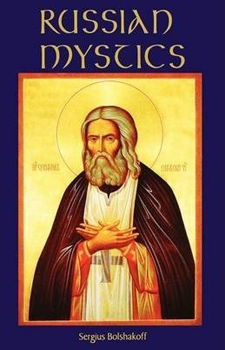 I read this book having been drawn into the world of Eastern Orthodoxy by Metropolitan Anthony. It was a compendium of life stories of significant Russian mystics – hence the title. In its pages I met a man by the name of Saint Seraphim of Sarov. In general terms he was a Shamanic healer, but operating in the language and thought forms of Russian orthodoxy. As a charismatic Christian I recognised aspects of his modalities of clear sight, prophetic insight, and of healing. I recognised his abilities but was fascinated to know how he had come by them at a time and in a place where they were not normal in Christian experience. As I read I heard his words in the voice of a person I knew – the New Zealand accent of the assistant minister at my first church. Years later I discovered why and learned how a life today can be transformed by an encounter with a spiritual ancestor!

Listening to God
by Joyce Huggett

The significance of this book to the growth and improvement of evangelical- charismatic Christianity in the UK cannot be overstated. She plugged people into a longer and wider wisdom tradition than had become the norm for British evangelicalism. At a time when women could not be ordained as priests or consecrated as bishops in the Church of England, when women were excluded from leadership in much of the wider church, Joyce showed that enormously significant leadership can be exercised without any institutional position, through the power of the written word. When people ask how did Christianity change in Britain in the C20th they will have to mention Joyce’s name. (She also wrote the foreword for my first book.) 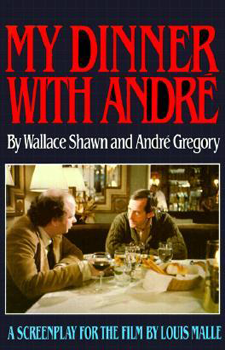 My Dinner with Andre
by Andre Gregory

I first encountered this screenplay as a movie when I was 19. I later bought the book and devoured it. I found the dialogue format absolutely compelling. With the humour and entertainment value of an intense conversation over dinner, Andre Gregory draws us into really deep waters concerning the evolving psychology and pathologies of Western culture in the late C20th, relating it to the arts, personal development and life crises. It took a literary form that Plato had championed two and half millennia before and brought it up to date. An incredibly disarming way of presenting ideas and arguments. I pinched it for my book “My Dinner with Anton,” a book about Seraphim of Sarov. Once I had the idea of a dialogue it took me just 9 days to write. I think it is because Seraphim had been in my mind for 8 years and My Dinner with Andre had been in my mind for 16 years. Some kind of internal alchemy brought the two together. 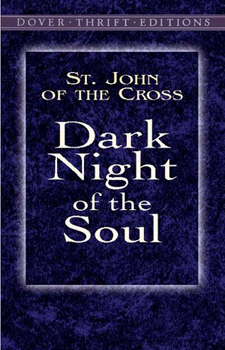 The Dark Night of the Soul
by John of the Cross

I picked this off the shelf only because I recognised the title and therefore assumed it must be a classic. It is. I was rooted to the spot. John of the Cross was speaking to me from a continent and four centuries away as directly as if he were my personal coach. I sat down with a cup of tea and read for what I thought was an hour. When I got up for my second cup of tea I realised that six hours had passed. I read for another half hour. Three hours had passed. This wass insight of an order I had never experienced before. Insight that could transcend cultures and centuries. How did he do this? In the white heat of suffering and inspiration he wrote a poem. Then when he had escaped the pressure cooker of solitary confinement he wrote The Dark Night – to unpack the poem he had memorised while incarcerated in a hole in the ground. Both his insight and his method are inspiring and informative. In that creative flow – his poetry – we sometimes download insights without fully realising what we are doing.

Eternity in their Hearts
by Don Richardson

Here a missionary and an evangelical offers people of that kind of faith a theological time bomb. The logic is simple. The Apostle Paul says “God has not left himself anywhere without testimony.” Don Richardson applies this logic to “anomalous stories” from the mission field. He speaks of isolated people groups who already knew vital elements of the teachings of Jesus – much to the surprise of arrivining missionaries. He reports local shamanic leaders who have demonstrated remote viewing and precognition and a knowledge of God as the Cosmic Source. The Apostle Paul once described God from scratch for a non-religious audience. “The Source of the Cosmos and Everything in it…that in which we all live and move and have our being.” Don Richardson points to fascinating iterations of this experience among remote peoples. He encourages missionaries to sit and listen to their parishioners and learn to use their language. If they have a word for God, use it, he would say. These ideas may sound unremarkable but they unravel all the tribalism, racism, white supremacy and colonialism which have become intertwined with our notion of the Christian Gospel. He does all this from an evangelical start point. And he did all that for me! 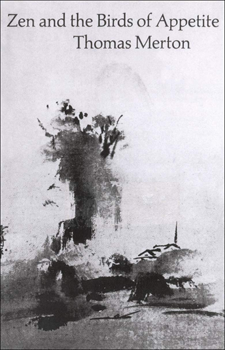 Zen and the Birds of Appetite
by Thomas Merton

Meister Eckhart was a mystic and spiritual teacher in Germany in the 1300s. He brilliantly transcended the Catholic thought forms of the day to teach an approach to activating higher consciousness. In the C20th D.T.Suzuki a Zen master wrote a book suggesting that the form of consciousness Eckhart taught was the same as Zen-consciousness. Thomas Merton then reflected on Eckhart and Suzuki, demonstrating and celebrating that a quest for wisdom, elevating consciousness and higher ways of being transcends our religious start points. Another nail in the coffin of my religious tribalism. 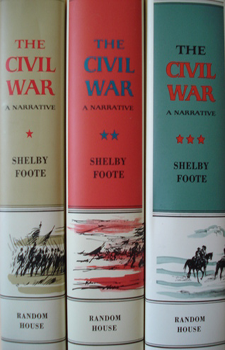 My parents emigrated to Canada in 1982. There I was mesmerised by this award-winning c ABC series, beautifully written and produced and exquisitely narrated by Morgan Freeman. Many witnesses were called, among them Shelby Foote. When he spoke he relayed stories of the 1850s and 1860’s with astonishing familiarity, vividness, and intensity. It was as if he had known these people and survived these battles himself. For an academic to take what could be dry and dusty historical information and make it present and living – well I found that awe-inspiring, and it has remained as a challenge to me whenever I stand up and speak.