A Course In
Mastering
Alchemy 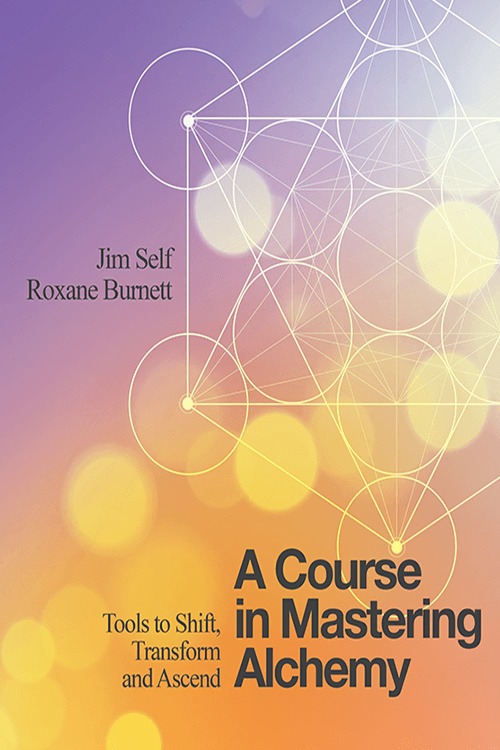 But that’s precisely what Jim Self is.  I’ve met dozens of spiritual teachers and speakers over the years, and have had the opportunity to work closely with several of them for prolonged periods.  I’ve attended their workshops and seminars, read their books, interviewed them closely about their work, and on occasion sampled some of their courses.  But, while I regard myself as an eternal student, open to learning from everyone and everything around me, I’ve rarely been drawn to any long-term, intensive course of study with any of them. Until a friend invited me to join her for a 2-day introductory seminar on “Mastering Alchemy.”

I happened to be free.  The price was remarkably reasonable. And the idea of learning a few “sacred geometry” secrets was intriguing.  So I signed up… and then somehow managed to sleep through a good two-thirds of it!

But the weird thing was, I knew that “something” had shifted within me. I became fascinated by sacred geometry and took advantage of all the free tools that Mastering Alchemy was offering.  When synchronicity put Jim Self in my path again for an interview, and he then invited me to work more closely on a project with him and his partner, Roxane Burnett, I found myself in a position where I actually wanted to become a student.

I’m not a fan of complicated, esoteric, or airy-fairy teachings.  I want information and tools that are grounded, practical, easy to implement, and effective. Above all, I want tangible results.

That’s precisely what I got with A Course in Mastering Alchemy.  It didn’t happen overnight, but over time, old patterns, behaviors, and attitudes shifted.  I was responding differently to challenging people and situations, and I seemed to be operating at a higher level of consciousness.  I became more psychic, and my powers of manifestation grew reliably stronger.  As I moved through the levels of this Course, I gained access to more of my innate skills, talents, and abilities, and discovered more of me than I had ever imagined existed. And it wasn’t just happening to me; other students were experiencing these things too.

Jim Self deserves to be called a Masterful Teacher for many reasons. He can take complicated concepts and explain them with such simplicity that anyone can comprehend them. He has an uncanny ability to “read” and “hold” both the energy and the attention of any size audience.  And he has the comic timing of a professional comedian.  To see him in action, check out the video titled “Naked in the Hallway” below.

I was present at that event when, at very short notice,   Jim Self harnessed an awkward and potentially embarrassing situation and transformed it into the most brilliant and side-splittingly

Alchemy means altering the frequencies of thought to allow us to change ourselves, change how we perceive and interact with the world, and begin to experience a new sort of consciousness. Unlike any other program, Mastering Alchemy doesn’t seek to change readers’ perceptions merely by speaking to their minds but instead offers a series of deeply felt experiences, each one building on the preceding one to transform a participant from the inside out, giving them a new, happy and optimistic platform for experiencing the world. This book is so much more than words on the page: energetics are embedded into each lesson. It offers readers a set of energy tools of unparalleled power and a new way of life. While giving free access to a wealth of normally paid-for content (including videos on the meditations and exercises and even recordings of the Teachers of Light themselves), it stands alone as a self-contained program offering step-by-step techniques for changing our way of being and opening up our higher consciousness.

hilarious teaching moment I’ve ever witnessed. Watch it and you will see a Master Teacher at work. You’ll also laugh your socks off!

Unlike many books that promise much, but only provide the minimum to whet your appetite for a more expensive course of work, Jim Self and Roxane Burnett have generously incorporated more than enough information, tools, and powerful exercises in this book to shift your thinking, transform your life, and accelerate your spiritual growth and ascension without having to spend another penny.  Though I don’t doubt that once you read it and start applying the tools in your life, you’ll be so in love with what you discover about yourself that you’ll want to dive even deeper. After all, what better investment than discovering who you are, why you’re here, and what you are really capable of once you let go of all the conditioning and patterning that have been keeping you from your Self?

Want to experience the 4th Dimension? Watch “Naked in the Hallway” and other videos of Jim Self below.  And download your free PDF excerpt from “A Course in Mastering Alchemy” PLUS MP3 recordings of Jim Self at work. 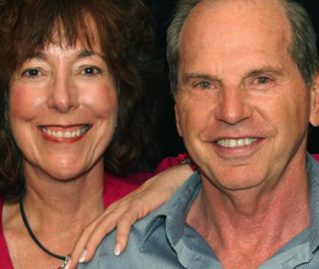 JIM SELF is an international teacher, speaker, and author who has been leading seminars on personal energy management and the tools of Mastering Alchemy for almost 30 years. He is one of the few spiritual teachers to keep pace with the on-going Shift in human consciousness, constantly co-creating the Mastering Alchemy program with the Teachers of Light, and offering new information through his website in the form of downloadable articles, videos, webinars, and ebooks. His audio library includes enlightening discussions with the most interesting teachers and channelers around today.

ROXANE BURNETT is the co-founder and manager of Mastering Alchemy and the co-author of Spirit Matters. A former corporate art director, she has been offering tools for developing intuition and personal power to individuals, businesses, and professional women’s groups since 1994.

A Course in Mastering Alchemy offers concepts and tools to expand your skills and ability to consciously choose how to experience your life. It is designed and taught with the assistance and guidance of the Archangels, Ascended Masters and Teachers of Light. Their intention is to expand your understanding, your consciousness, and your ability to utilize the new energy tools on the path toward building your Light Body.
www.masteringalchemy.com

SUPPORT YOUR LOCAL BOOKSTORE – GET THIS BOOK THROUGH INDIEBOUND

By understanding the rules and structures of the third, fourth, and fifth dimensions you will understand how to change your reality. (00:44:57)