The Secret
Of The
Alchemist

“True empowerment is an encompassing state of well-being. It is a condition of personal wholeness where the soul, mind, and body are fully integrated and are at one with Love. It is a place of authenticity and truth.”—Colm Holland

Every now and then something comes along in life that appears to be so profoundly different from anything one’s ever heard, read, or experienced that it changes the entire trajectory of one’s life.

In his job at Harper Collins, Colm Holland was responsible for deciding how many copies of each book should be printed for sale in Australia. After reading and being profoundly impacted by Coelho’s The Alchemist, he predicted it would be a global bestseller.

The Alchemist has since sold over 85 million copies in 70 languages.  But that’s just one part of this story.

After meeting and having a powerful personal experience with Paolo Coelho, The Alchemist Colm Holland embarked on his own alchemist journey, which ultimately resulted in a revelation about the book’s success that changed his own life in ways he could never have imagined.

When you’ve waded through as many books as I have with titles bearing words like The Secret to… you get a bit jaded.  So, when I was first pitched The Secret to the Alchemist, I wasn’t inclined to view it with any great favor. Yes, the story of Colm’s involvement in The Alchemist‘s success was both unusual and interesting. But given that Colm Holland is now a keynote speaker, personal advisor, and podcaster who teaches the Art of Spiritual Alchemy in business and relationships, one could be forgiven for suspecting an ulterior motive in publishing a book so closely aligned with a mega-bestseller.

So I read the book.  And I was right.

Colm Holland does have an ulterior motive – but not the kind I’d been thinking of.

There’s nothing trite, disingenuous, or ho-hum about Colm Holland’s book.  He takes the reader through his own journey of discovery after that life-changing meeting with Coelho.  He writes honestly and compelling about his quest to unravel the alchemical secret of the original book’s phenomenal success and the strange words that Coelho had left him to ponder.

Refreshingly, there are no cookie-cutter re-hashes here.  This book is deep and different. It’s revelatory, enlightening,  and I do believe that it truly can prompt a paradigm shift in one’s thinking.  And best of all, unlike many other books, this one doesn’t fall short or default on the ‘promise’ in its title.  Colm Holland shares Coelho’s “magic secret,” which gave Colm insights to achieve true empowerment in his own life, as well as the keys to help others create success in any sphere, including love, wealth, and happiness.

Alchemy is all about transformation and draws upon the greatest power of all to convert seemingly insurmountable obstacles into life-changing experiences. Through an honest account of his own, often difficult quest to live life to the full, Colm offers you the chance to draw on his discoveries and other real-life stories to inspire the pursuit of your dreams and reach your goals.

Learn more about Colm Holland, and hear the stories behind his 10 Best Spiritual Books as shared in this episode of the No BS Spiritual Book club’s Face to Face With… video series below.

FREE: Download a chapter-long excerpt from The Secret of the Alchemist below 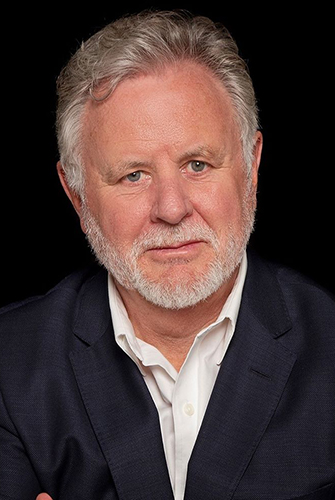 COLM HOLLAND is a UK-based teacher, speaker, writer, alchemy trainer, and adventurer who has spent the last 50 years on his own alchemist journey, learning something new every day about how Love can turn the ordinary in our lives into gold.

He spent twenty-five years working in sales and marketing in the publishing industry and was a member of the Harper Collins team which published Paul Coelho’s The Alchemist in 1993.

Colm teaches the art of spiritual alchemy in business and relationships. He is an experienced teacher and his interviews and articles are highly entertaining, full of humour and deep insights to help others find true empowerment through inner transformation. He isthe author of the book The Secret of the Alchemist.

FREE: Download a chapter-length excerpt from The Secret of the Alchemist below