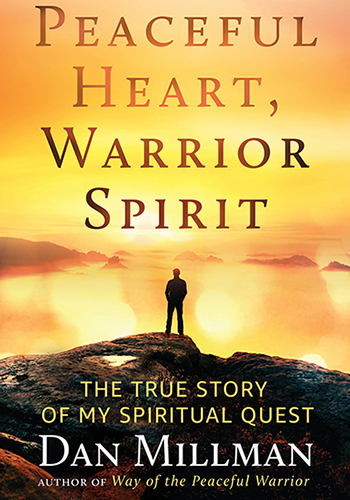 This month’s bookworm is a long-awaited memoir that many (including me) had almost given up hope of ever reading.

Yeah, I think it’s already on record that I am a fan of Dan Millman’s work. (If you don’t know what I mean click HERE to see why he’s the only author—so far—who has been featured here twice.) But the fact is, just like all the other books he’s written, this one doesn’t disappoint.

For more than 4 decades, Dan Millman’s books have been a continual source of inspiration and a guiding light to millions of people who have sought and found a ‘peaceful warrior’s way’ to living wisely and well – including myself.  The tools, observations, and wisdom embedded within his allegorical stories have stayed with me throughout the years.

Still, there are two things that I’ve always piqued my curiosity. The first is, who is Dan Millman really, and how much of himself and his life experiences has he shared in his books?

And the second is, of course, the one every reader must have asked: Who is Socrates?

Peaceful Heart, Warrior Spirit—The True Story of My Spiritual Quest chronicles Dan Millman’s extraordinary life journey without once appearing to sugar coat his tale or whitewash himself as some kind of all-knowing hero as he relates the personal experiences that inspired the Way of the Peaceful Warrior and the many books that followed. He reflects on his ups and downs and triumphs and disasters with the clear-sighted openness, objectivity, and candor of one who has mastered the process of self-inquiry. (I particularly like that he invited his wife Joy to contribute her own perspectives and commentary on various decisions and experiences.  I wonder how many authors would feel comfortable doing that without a blue pencil in hand?)

Peaceful Heart, Warrior Spirit is a riveting memoir that left me feeling as if I not only got to ride alongside Dan Millman a little on his roller-coaster of a life journey, but also that I had gained genuine insight into the man behind one of the world’s most iconic teachers.

I can forgive the 40-year wait for the answers to my questions because I see now that it takes a lot of time, reflection, and commitment to actually doing one’s inner work to truly embody Socrates’ guiding principles of wisdom, courage, humility, and honesty.  And as for the big question: Who is (or was) Socrates? The answer to that is not mine to give away.

Instead, I encourage you to read the book for yourself, because in my opinion, it provides answers to many more important questions than just this one.  But if you’re really bursting to know and can’t wait till your own copy of the book arrives, you will find a clue (or 4) in the article that Dan Millman has written for us below.

Dan Millman’s books can be found in your favorite online and local bookstores.  And you can download excerpts from  5 titles in the Peaceful Warrior’s Way series at the bottom of this page.

And you can listen to 2 podcasts of recent conversations I had with Dan about the Peaceful Warrior’s Way and his memoir, Peaceful Heart, Warrior Spirit below.

In my new memoir, a culminating book of my forty-year writing career, I trimmed a 500-page first draft down to 200 pages, turning an unruly hedge into a bonsai, shaped around the theme of my spiritual quest. Peaceful Heart, Warrior Spirit describes my training with four radically-different sorts of mentors who I name in the book but refer to here as the Professor, the Guru, the Warrior-Priest, and the Sage. Today, many people assume that I share what I learned from these master teachers, but it doesn’t work like that. They opened doors in my own psyche so I could access fresh insights. One of those original insights involves a newfound clarity about the different truths operating at conventional, and transcendental, levels of awareness.

A personal acquaintance and colleague, Byron Katie, is a transcendental teacher whose work is centered around the spiritual law of Acceptance (or non-resistance) — embracing everything that occurs, from a birthday party to a mass murder. (As Rumi wrote, “Beyond ideas of right-doing and wrong-doing, there is a field. I’ll meet you there.”) There’s deep wisdom and truth in this form of radical acceptance, since what happens, happens and no amount of resisting reality can prevail. This transcendental teacher and the Sage would agree that “Reality is God, because it rules.” And the sooner we fully accept the way things are, the more effectively we can respond.

In the martial arts or street defense, we can’t indulge even a moment of why is this happening to me? Or this shouldn’t be happening! By embracing it as both a challenge and opportunity, as even a disguised blessing, we can relax into it and make the best of it.

Yet when even a wise transcendental teacher attempted to bring together a Middle Eastern group of highly-charged adversaries engaged in a religious and historical turf war, it broke down, because the participants were locked into a particular view of reality from which she could not liberate them. Nothing is for everyone — which is why so many teachings exist — what martial arts practitioner and philosopher Bruce Lee would refer to as “different fingers pointing at the moon.”

All idealistic or transcendental teachings meet with resistance unless we understand that ideals are what we aspire to; reality is who and how we are now. Spiritual and religious teachings is call us to our highest ideals; that is their purpose. But a realistic approach works best in everyday life. We need both realists and idealists in this world; we also need to recognize the difference.

As I pointed out in The Hidden School, transcendental teachings represent a paradox or apparent contradiction. Like Charles Dickens’ paradoxical opening of A Tale of Two Cities, “It was the best of times, it was the worst of times . . .” we can grasp how both are true, even today. Weathering a pandemic, we’re learning inescapable lessons whose full import will grasp only in the future. Political and economic challenges, and racial and gender injustice, will give birth to a new awareness emerge as we finally confront the enormity of the task and the possibilities before us — an occasion to which humanity may yet rise. It was Francis Cardinal Spellman who expressed two complementary truths:  “Pray as if everything depended on God. Work as if everything depended on you.”

My own teaching, which emerged from the sum of my experiences with the four mentors, and all that came before them, emerging from my youth, a decade as a striving athlete, and years as a university coach, and college professor, striving to touch the hearts and minds of my students.

And the master key? It’s the acceptance of this paradox:  Our bodies live always here and now. But our psyche moves between two realities — between the conventional world of everyday reality, and the transcendental reality, a panoramic mountaintop view, representing the highest spiritual reality for which our souls yearn. That awareness is the something I sought from the beginning.

The master key reminds us that each reality has different truths. Conventional truth informs us that time passes, free will exists, we are separate selves, and death is a part of life. Transcendental truth reveals passing time and free will as persistent illusions, and that we’re all the same Consciousness shining through billions of eyes — a consciousness that is never born and never dies.

The goal of spiritual practice is awakening to this higher truth. Which is what happened to me on the sidewalk in Berkeley, California, when everywhere I looked was a perfect part of life’s unfolding. This illumination experience occurred before I took LSD or met any of my mentors.

From a nondualist view, Nirvana and Samsara are one — both the conventional and the transcendental views are true — the only question is from which point of awareness we view ourselves and the world in any given moment?

Now I finally understand how we can learn to navigate reality even as we strive toward our ideals. Perhaps like you, I continue striving to live with a peaceful heart and a warrior’s spirit, with my head in the clouds and feet on the ground. Now I rest in place and abide in what is, moment to moment. Conventionally speaking, I get as frustrated as anyone; but in those moments when I embrace a transcendental perspective, I can see that our current stage is all a part of human evolution unfolding, a cosmic novel being written. This is what I tried to convey in Way of the Peaceful Warriorthrough Socrates, a literary character for whom I retain an abiding affection. 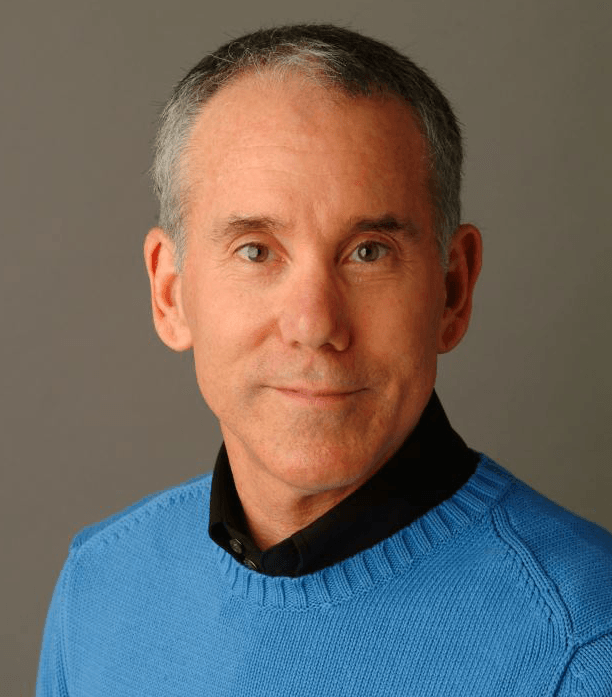 Way of the Peaceful Warrior was adapted to film in 2006, which became a word-of-mouth international best-seller, and was later adapted into a feature film called “Peaceful Warrior,” starring Nick Nolte.

Based upon incidents from his life, “Peaceful Warrior” tells the story of a chance meeting with a gas station attendant who becomes a mentor to a young gymnast who names the attendant “Socrates.”  When Millman’s right leg is shattered in a motorcycle accident, Socrates becomes Millman’s spiritual teacher and shows him how to become a Peaceful Warrior.

Dan Millman joins Sandie to discuss his long-awaited memoir, Peaceful Heart, Warrior Spirit, in which he shares the true stories behind his lifelong spiritual ques – the course corrections, the wake-up calls, and the life lessons, as well as the four key mentors who influenced his journey along the way. He also explains why he says though “This story is mine, the way belongs to us all.”
.