I have been an avid reader for my entire life (or least ever since I learned to read).  Trying to select “10 Best Books” that have had a great impact on me has been very difficult.  I chose from books that were most influential in terms of my spiritual and vibratory healing development.  This means I had to eliminate books that I read as an adolescent and teen-ager—otherwise, I would have had to include the James Bond novels, the Tarzan series, multitudinous science fiction novels, and books such as The Old Man and the Sea. I’ve also been unable to include those that influenced me when I was older, such as the writings of Kurt Vonnegut or John Steinbeck. And even with the books that focused on spiritual and vibratory healing, choosing just 10 Best was next to impossible.  Many other truly influential books on sound and consciousness were not included. Still, I think that the list is intriguing and trust that readers will benefit from the material chosen.

JONATHAN GOLDMAN, M.A., is an internationally renowned writer, musician and teacher.  He is an authority on sound healing and a pioneer in the field of harmonics.  Jonathan is the author of several books including The Divine Name, the 2011 Visionary Award for “Best Alternative Book” of the Year, and The 7 Secrets of Sound Healing (both from Hay House). 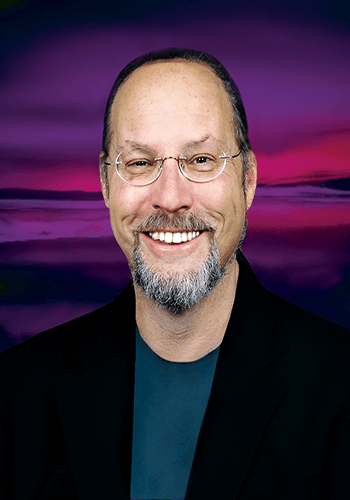 A Grammy nominee, Jonathan’s award-winning recordings include: “Chakra Chants”, and “The Divine Name.” He is the Founder and Director ofthe Sound Healers Association and CEO of Spirit Music.  In Spring 2011, Jonathan Goldman was named as one of Watkins’ Mind Body Spirit magazine’s “100 Most Spiritually Influential Living People.”
https://www.healingsounds.com

YOU CAN WATCH SANDIE’S FACE TO FACE WITH… INTERVIEW WITH JONATHAN GOLDMAN SHARING THE STORIES BEHIND HIS 10 BEST SPIRITUAL BOOKS HERE. 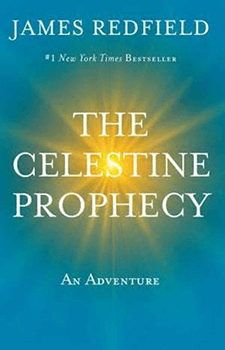 The Celestine Prophecy
by James Redfield

James Redfield wrote this novel—an adventure story in which the protagonist experienced 9 “truths” which then unfolded in the story.  These “truths” might be considered passé today, but at the time, they were considered quite important. What is perhaps even more important is that this book became an international bestseller—giving the hope that higher consciousness could possibly permeate the mainstream.  This book is still available.  The various teachings in it were so important that when the Celestine Prophecy first came out, it truly was helped coalesce the consciousness of many. 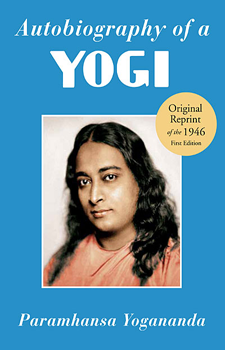 Autobiography of a Yogi
by Pamahansa Yogananda

This book has been out for more than 70 years, but this autobiography of Paramahansa Yogananda still is a splendid read about his life.  Yogananda was one of the people responsible for bringing yoga and meditation to the West.  His autobiography covers his spiritual initiations as he becomes a yogi.  He relates encounters with truly amazing saints and spiritual beings who can perform extraordinary feats and miracles. If even half of what he’s written about is true, it would be worthwhile for us to at least spend a small portion of time practicing yoga and meditation.  It’s one of those books I pick up about once a year to be reminded of the possibility of the extraordinary occurring. Yogananda was an amazing being and this book truly resonates to his high vibrations. 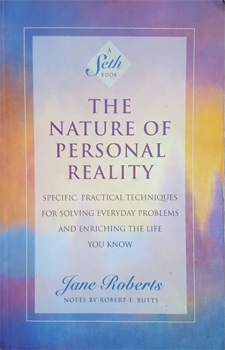 The Nature of Personal Reality
by Jane Roberts

This book first came out in 1974.  For me, it was literally paradigm-shattering.  Jane Roberts would go into trance and the being who manifested, “Seth,” would bring forth information that has, today, become almost commonplace—such things as creating our own reality, multiple dimensionalities, and much more. There were many different Seth books but, for me, this book was the one that really created some profound changes in my consciousness.  As I read it, I became aware of how important my beliefs were.   I am grateful that this book is still in print and still being discovered because it is one of the great ground-breaking books that seeded so much more. 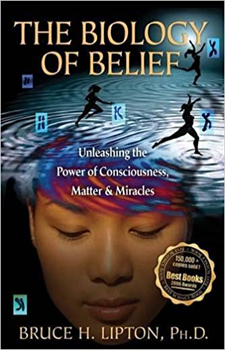 The Biology of Belief
by Bruce Lipton, PhD

Bruce Lipton’s book has been a game-changer for many—simply because it gives scientific and medical data on the power of belief—the placebo effect if you like—as well as much data about cellular structure and an area that would come to be acknowledged as epigenetics. It was one of the first to be published on this subject.  Bruce’s gift as a scientist is to present his discoveries and other related scientific information in a manner that is accessible to the non-scientific mind.  This book truly interrelates the importance of the mind/body connection.  When initially introduced, “Biology of Belief” threatened many in the scientific community because it delved into ignored territory.  That says a whole lot about its importance.

Through the Curtain by Viola Petit O’Neal and Shafica Karagula

Written by a medical doctor who put her friend, Viola Petit O’Neal, into an altered state of consciousness in order to recall her dreams, this book was an amazing treatise on vibration as taught from an interdimensional level. I found the information in it  startlingly important.  There was much material on color, sound, crystals, sacred geometry, and other vibrational modalities that were presented through the vivid recollection of classes from “Night School.”

There were apparently many more books that could have been made from the sessions that had been collected, but this one was the only one that manifested.

In 1993, I was helpful in getting DeVorss, a  book publisher, to republish this out-of-print book because I felt it was so extraordinary.  For whatever reason, even after being reprinted, it still did not catch on and is again out of print.  But for those interested, it’s very rare, but can be found in used books online.

The God Code
by Gregg Braden

Gregg’s gift is to synergize information and present it in a manner that is both illuminating as well as easy to understand—the sign of a true teacher!   He has written many extraordinary books, including The Divine Matrix and The Isiah Effect.  I have chosen this book because it had such a profound effect on my life.  The God Code is essentially an examination of one of the most important Kabbalistic (Hebrew mysticism) concepts—that of the Tetragrammaton—the ancient name of God as found in the Old Testament (it is said to be the true and personal name given to Moses by the Burning Bush and it is not “I Am That I Am.”

This true name is often written as YHVH).  It’s true that sounding had been lost for thousands of years.  Gregg utilizes various systems from science and mysticism in order to transduce this name to a meaning.  It is fascinating information and led to my collaborating with Gregg on creating a recording and a book about this lost and most sacred sound, which I called The Divine Name. These are some of my most important sonic revelations I have manifested. I doubt it would have happened without The God Code. 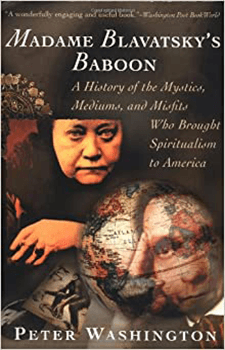 I like to go from the yin to the yang (or the different polar opposites) of many subjects to try to truly understand many topics.  That includes books on spirituality and higher consciousness.  If some of the titles listed here are extremely focused on the extraordinary positive aspects of “New Age” teachers, Madame Blavatsky’s Baboon reveals the darker side of many.  That is not to say that it negates the teachings, but rather, reveals many human frailties of well-known teachers—their “feet of clay” so to speak. I find information like this really grounding and balancing—useful in separating the wheat from the chaff.

Written by a British scholar, this book offers quite an interesting perspective about numerous higher consciousness teachers,  including Helena Blavatsky, Gurdjieff, Rudolph Steiner, and Krishnamurti.  Remember if you read it, do not throw out “the baby with the bathwater.”  In addition, if you don’t recognize these above names, know that 100 years ago, channelings, secret teachings, and much more were readily available. 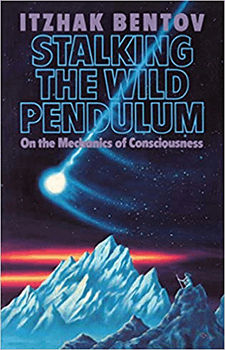 Stalking the Wild Pendulum: On the Mechanics of Consciousness by Itzhak Bentov

Bentov was a scientist, a pioneering biomedical inventor, a mystic, and an author.  He was among the first spiritual scientists to present information about the science of consciousness.  Stalking the Wild Pendulum has some remarkable material about vibration, quantum mechanics, the holistic universe, and spiritual phenomenon. It still holds up over forty years after it was first published.

Ben Bentov was definitely a man ahead of his time.  He illustrated many of the concepts in the book with his own self-created delightful cartoons. It’s almost as though his approach to explaining some extraordinarily complex ideas is to do this as if telling them to a young person, relating the most difficult of subjects in an easy to read manner. What an approach, and what a gift to be able to successfully manifest this!  Great reading from a visionary whose life was ended prematurely in a plane crash. 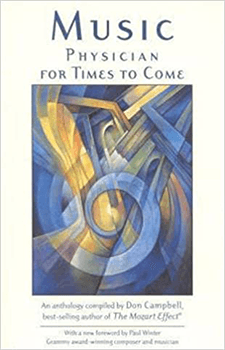 Music: Physician for Times to Come  edited by Don Campbell

Don Campbell wrote many important books on the uses of sound and music for healing. This compendium of articles and interviews by Don Campbell is not as well-known as his major work, The Mozart Effect but it covers the gamut of approaches to using sound as a healing modality.  Many masters and teachers of sound and music as therapeutic and transformational modalities are featured.  From one aspect, it’s less scientific, more esoteric, and less accessible for the mainstream than The Mozart Effect, containing information from both scientific and spiritual masters.  From another approach, it is multi-dimensional in its presentation because it does indeed cover numerous pioneering aspects of vibrational healing—from Dr. Alfred Tomatis’s work with the importance of the ear to Pir Hazrat Inayat Khan’s mystical understanding about healing with sound and music. Because each chapter focused on a different aspect of sound and music, I was able to use it as a “text book” for my School of Sound that manifested in Boulder in the 1990s. 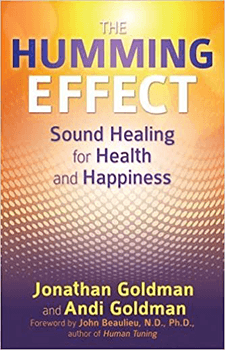 My wife Andi and I wrote this book in an effort to bring the subject of sound healing to the mainstream. For too long, people have believed that they needed to be trained musicians or vocalists to experience the amazing power of sound.  We asked ourselves—what was a sound that no one was judgemental about and that everyone could do?  We looked at each other and went: “hmmmm.”  Then we began gathering information and exercises in order to validate this subject. The book is an extraordinary gateway that everyone can use to begin to work with sound.  It has been an award-winner and a bestseller and even turned into an Audible recording.  What a blessing it is to manifest a project which helps humankind and draws you deeper into resonance with your partner.