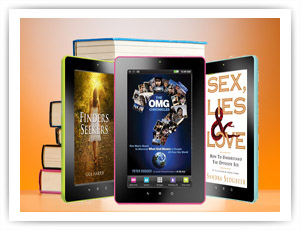 Writing your book and getting it published

Have you ever walked through a book store and known in your heart that you should have a book on one of those shelves, but have no idea how to make that happen?  Writing your story and getting your book into print may seem a daunting task; but it’s remarkably easy and satisfying when you put yourself in the hands of a professional.

So whether you are still striving to:

Imagine what you could achieve with 30+ years of experience in journalism, writing, ghosting, publishing, resonance marketing, and TV & radio talk show hosting to guide you. 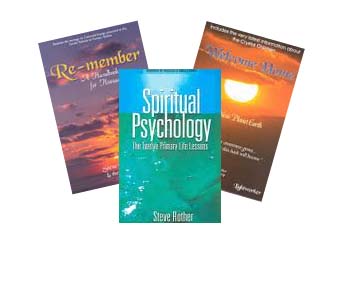 When renowned channel and international seminar leader STEVE ROTHER wanted to write and self-publish his first book, he hired Sandie Sedgbeer as his writing coach/mentor, editor and publishing consultant. Today, Steve has six books in print in 13 different languages (which automatically results in opening up new audiences for his seminars) and four more in the pipeline.
www.lightworker.com 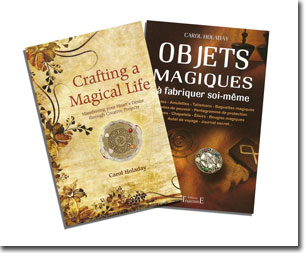 CAROL HOLADAY always wanted to be an author. Her dream came true when Sandie advised Carol that she already had all the material she needed for a unique book in her magical crafts workshops. After coaching Carol from start to finish, and then editing the manuscript, Sandie sold the book to the first publisher she approached.  It wasn’t long before Carol’s book caught the eye of a French publisher and was translated into French, extending Carol’s exposure even further.
http://carolholaday.blogspot.co.uk/ 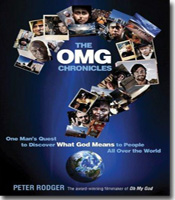 When Hay House asked filmmaker, photographer, screenwriter, and author, PETER RODGER, for some fast cuts, edits, and rewrites of his book, OH MY GOD! which chronicles his journeys around the world filming his documentary, THE QUESTION, Peter called on Sandie to help make it happen.  Working closely with Peter, Sandie helped make his book an even more entertaining and thrilling read. With her editorial guidance, practical advice, and support, Peter was able to deliver his manuscript on schedule and in perfect shape. And not only was his manuscript clean, trimmed down and engaging, it was also ready for the process of turning into a screenplay!
www.peterrodger.com 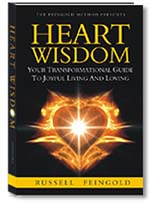 RUSSELL FEINGOLD had a burning desire to share his message of HEART WISDOM with the world, but he needed help organizing his writing in a way that was engaging as well as transformational.  With Sandie’s editorial expertise and coaching to guide him, Russell was able to bring his “Heart Wisdom” process, stories, techniques and exercises to life in a way that immediately captured the interest of a publisher, and made it easy for readers to begin workng  with their own Heart Wisdom.
http://www.heartwisdom.com/

JUDY JULIN thought she was writing a book for the business market—until Sandie saw the potential for capturing a much broader audience with a change of focus and title. The result is a captivating, true-life, inspirational human interest story, which not only got snapped up by a mainstream publisher; but is now being looked at by a Hollywood director with a view to making it into a movie!
www.judyjulin.com

In 2013 Sandie founded INNER SIGHT PRESS, a small, and very selective independent publishing house. It’s first title, which Sandie was instrumental in editing and shepherding was What Do You Mean the Third Dimension is Going Away: Why Now is the Time to Release Who You Are Not and Remember Who You Are. Written by international speakers and teachers, Jim Self and Roxane Burnett, the book was published in January 2013.  By August of that year, all copies had sold and a second edition was published with a foreword by best-selling author and teacher Barbara Hand Clow.
www.masteringalchemy.com

In November 2013, Inner Sight Press published its second title, Finders Seekers by Gail Harris.  One of the first female news anchors in the USA, Gail was a correspondent for ABC News and Nightline, and  a correspondent/host for PBS and NPR.  Gail was the host and co-producer of the Emmy award-winning PBS special, Hiroshima Remembered, and creator, host, and executive producer for the Body & Soul series on PBS for which she also wrote the companion book, “Body & Soul: Your Guide to Health, Happiness, and Total Well-being.”   Finders Seekers seamlessly weaves subtle lessons about synchronicity, karma, past life connections, and valuable tools for spiritual growth into a modern-day romance, which pioneers a new genre of Spiritual Romance.  Sandie and her team also created, designed and built the website at www.gailharrisonline.com.

Letting Go Again: A Birth Mother’s Tale of Adoption, Reunion, Separation and Growth by Kimberly Smythe was published in 2015.  When Kim first approached Sandie with a manuscript that she had been working on for over ten years, it was clear that a great deal of work still needed to be done to get her book ready for publication.  Sandie and Kim worked together over the period of a year, editing and revising what was, for Kim, a very emotional and challenging true story.  One unexpected benefit for Kim was that the editing process became a catharsis for many unresolved thoughts and feelings about her personal experience.  By the time the book was published in March of 2015, Kim had every reason to feel proud of having reached a place of calm resolution about her experience.  Another unforeseen benefit that became evident during the editing process was the birth of Kim’s new goal to create a non-profit foundation and build a center where people of all ages, beliefs and backgrounds could come together in community.  The Hanai Foundation is now a reality, and is in the process of building its first Center in Oregon.  In 2016, Letting Go Again won the Independent Book Publisher Association’s Benjamin Franklin Silver Honoree Award.  www.lettinggoagain.com.

Entering the Light Fantastic: Discovering Life After Life Through Orbs by Nancy J. Myers is the 4th book published by Inner Sight Press in February 2016.
Nancy Myers came to Sandie on a recommendation.  Sandie helped her shape and hone her manuscript – the true tale of how she became an Orb Medium following the tragic and unexpected death of her son at the age of 27, and the after-life communication between them that has guided Nancy to a new career and mission.  Many of Nancy’s orb photographs can be seen at her new website, www.theorbconnection.com, which also was designed, built and developed by Sandie’s team. 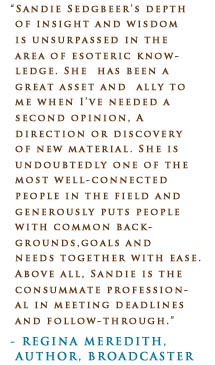 Add a Newsletter Signup Form by installing and activating the MailChimp Plugin. This comes included in the theme under 'Appearance > Install Plugins'