Like most people, books have played a key role in my journey to know the Self. The books I’ve included have each had a special impact on me at various points along my path of growth. They have inspired me, helped me gain new insights, confirmed my own experiences, and opened me up to new possibilities. I hope they may have a similar effect for you.

CHRIS ATTWOOD is a leading figure in the transformational world and a master of creating “enlightened alliances.” He is co-author of two New York Times bestselling books, The Passion Test and Your Hidden Riches. With his business partner and ex-wife, Janet Bray Attwood, he built a global brand with over 4,000 Passion Test facilitators in more than 65 countries.

Chris has created some of the major strategic alliances in the transformational industry, including his key role in arranging 70% of the interviews for the book and movie phenomenon, The Secret. He is also a founding member of the Transformational Leadership Council created by Jack Canfield.

Over the past 30 years, Chris has been CEO or senior executive of more than a dozen companies. 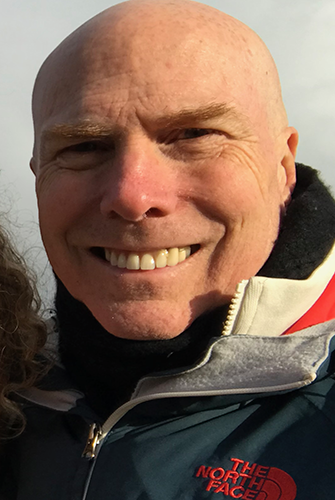 After resigning as President of a government securities dealer in the early 1980s, Chris took 10 years for his own inner development, spending 8-10 hours a day in deep meditation. During this time he extensively studied the Vedic literature of India and the functioning of human consciousness. A regular meditation practice has been part of his daily routine for more than 45 years. 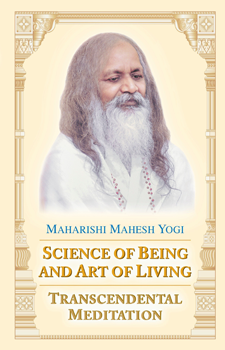 In the summer of 1974, I was off for the summer from my college studies at UC Santa Barbara, with no plans. My dear friend, Jim Belilove, said, “Why don’t you come work with me over the summer? I’m finding places for meditation academies where advanced TM courses can be taught. It will be fun!” Jim had a small, cramped office at the temporary campus for Maharishi International University in a large apartment building in Isla Vista, adjacent to UC Santa Barbara.

As a new meditator, I didn’t know much about the teachings of Maharishi, who brought Transcendental Meditation to the West. Jim suggested I read this book and as soon as I picked it up, I was like a thirsty man who has been offered a cup of water. I couldn’t put the book down. It fascinated me and introduced me to concepts I had never heard before yet made so much sense.

Later that summer, Jim and his colleagues had arranged for the TM organization to purchase a small liberal arts college on 370 acres in Fairfield, Iowa. I remember going down to the dining hall (the only room in MIU’s temporary campus that could hold everyone) where Dr Keith Wallace, MIU President, announced to all the faculty, staff, and students that MIU had purchased a college and everyone would be flying there in a week to continue their studies. Of course, that didn’t include me. I had received ten days of course credit for my work with Jim, but I had no idea what to do with it. Jim said, “Why don’t you take SCI?” I said, “What’s that?” “It’s Maharishi talking about the knowledge you read about in the Science of Being,” he replied. I was sold. A few weeks later I found myself in Northern California taking that course. 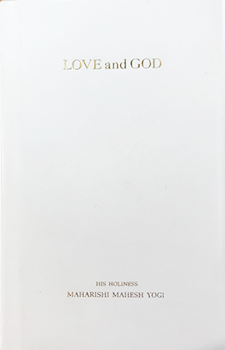 Love and God by His Holiness
Maharishi Mahesh Yogi

Sometime later, someone introduced me to this beautiful little book. It is two poems, one called “Love” and the other called “God.” Reading these poems always transports me to a place of all good and all joy. We included a quote from “Love” as part of our marriage ceremony when my wife and I married. Here’s a little taste:

Love is the sweet expression of life, it is the supreme content of life. Love is the force of life, powerful and sublime. The flower of life blooms in love and radiates love all around it.

What a comfort love brings to the heart. 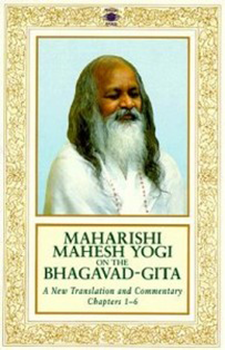 Once I had more understanding of the very practical and clear teachings that Maharishi shared, his commentary on the Bhagavad Gita was the next logical stop. I had never heard of this book, but Maharishi described it as the “pocketbook edition of Veda.” He said Veda means “pure knowledge.” so this was the condensed version of the fundamental knowledge of the universe. Oh, boy. A shortcut!

Maharishi’s commentary on the Gita only covers the first six chapters, but it is enough to give you the essentials for enlightenment. I later learned that his commentary is vastly different from any other. It’s easy to understand, clear, and very practical. This is a great place to begin if you’ve been curious about Indian philosophy, but don’t have much experience with it.

From 1981 to 1991 I spent eight hours or more a day in long meditation. In the few hours I had left during the day, I read many books from the Vedic literature.

Yoga Vasishtha is the teaching of the sage Vasishtha to the young Rama, before Rama’s epic adventure to conquer Lanka, overthrow Ravana, and save Sita as described in the famous epic, Ramayana. The original work is six volumes, but I was introduced to this one-volume summary of Vasishtha’s teachings in the summer of 1986 while I was living at an academy in Huntsville, Ontario.

Huntsvlille is an amazing place with dense woods and a gigantic lake. I remember all my buddies were outside swimming in the lake and lying on the beach on a very hot Canadian summer day. Where was I? Soaking in cool water in my bathtub on my third reading of Laghu Yoga Vasishtha.

This book is a series of fabulous stories and for some reason, they just hit me in a way that I couldn’t stop reading this book. In the introduction, the author says that Yoga Vasishtha is neither for the beginner on the spiritual path nor one who has become fully realized. So, if you’re already enlightened, this book is not for you. But if you’re like I was, well along, but not yet arrived, then you may find this as fascinating a read as I did. 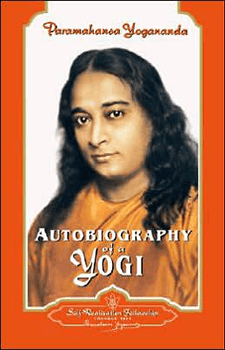 Autobiography of a Yogi
by Paramhansa Yogananda

At the age of 20, I learned Transcendental Meditation (TM) and around the same time was introduced to Yogananda’s autobiography. This was the first time that I read of someone who had had truly mystical experiences and it opened me up to a whole new way of viewing reality and what’s possible. I was enthralled by Yogananda’s wonderful stories and the unbelievable experiences he described, yet somehow I never doubted that he was sharing his true experiences. They created a love for the unseen parts of life that has only grown as the years have gone by. 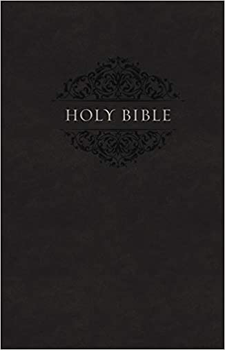 My father was a Lutheran minister so the Bible was a regular part of my life as I grew up. This was my first glimpse of spirituality and it was a great introduction to the divine. At the same time, my understanding in those early years was limited. The interpretation of the Bible I was taught seemed to suggest that humans live for as long as they live and then they are judged for all eternity. That made no sense to me and opened me up to other ways of viewing spiritual life. As my personal experiences deepened over the years, I came to more deeply appreciate the teachings in the Bible and the truth they express. Christ’s teachings, “to love your neighbor as yourself,” and to “seek the kingdom of Heaven within,” have been a profound influence in my life. 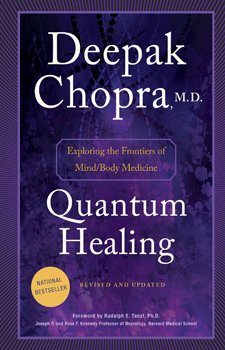 Years later, Maharishi was introducing Ayurveda to the world. At this time, Deepak Chopra was working closely with him and Quantum Healing is one of the first clear, systematic presentations of Ayurveda to the West. It’s easy to understand, engaging reading, and a fabulous introduction to the mind-body connection. 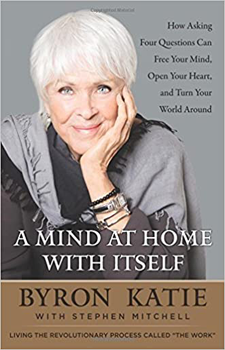 A Mind at Home with Itself
by Byron Katie

This book is not for the spiritual beginner, but it is an absolute joy for anyone who has been on a spiritual path of growth for some time. Using Budha’s “Diamond Sutra” as her basis, Byron Katie and her very accomplished author-husband, Stephen Mitchell, have provided an understanding of Budha’s teachings that is both mind-blowing and heart-opening. Katie weaves the power of “The Work” to unravel embedded beliefs about Self and the world. I found every line of this book eye-opening and a confirmation of my inner experience.

If you’ve already dived deep into the nature of reality, I think you’ll find this book amazingly fulfilling. 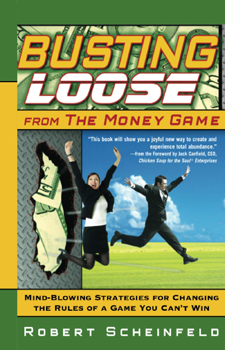 Busting Loose from the Money Game
by Robert Scheinfeld

Robert Scheinfeld is a dear friend. When he sent me a copy of his NY Times bestselling book, I was reading it primarily to see what he was writing about. Robert has always had a way of talking about the nature of reality that is unlike anyone else. As I got deeper and deeper into his book, I realized that this was a fantastic, uniquely new way of looking at the story of life that was very engaging. I found Robert’s descriptions of common experiences both enlightening and insightful. I highly recommend this book if you’re ready and willing to view reality through a totally new lens. 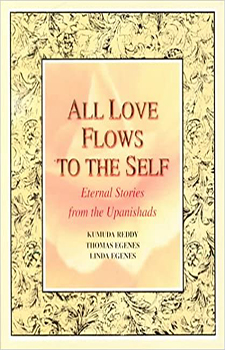 All Love Flows to the Self: Eternal Stories From the Upanishads by Tom Egenes et al

The Upanishads are classic expositions of truth that have been extolled by many authors from Emerson to Thoreau to quantum physicist, Erwin Schrödinger. I read most of the major and minor Upanishads over the years. When it came time to homeschool my children, I wanted to introduce them to the profound knowledge of these ancient texts in a way they would find fun and understandable.

All Love Flows to the Self was the perfect solution. Tom Egenes, a Sanskrit scholar, and his colleagues have pulled out fascinating stories from the Upanishads and translated them in easy to understand English. Thus, they created an introduction to the Upanishads that is both fun and easy to absorb. Whether you’ve read the Upanishads already or are curious to know what they’re about, this is a great book.